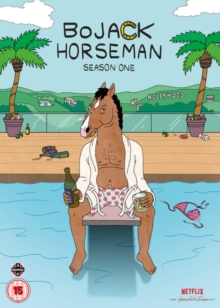 BoJack Horseman (Arnett) was a successful sitcom star in the 1990s but since then his career has faltered and his dependence on alcohol has led to him becoming bitter and depressed.

In this season, BoJack sets about writing his memoirs with the help of his agent Princess Carolyn (Sedaris) who hires ghost writer Diane Nguyen (Brie), and BoJack also comes into conflict with his long-time rival Mr Peanutbutter (Paul F.

Tompkins). The episodes are: 'BoJack Horseman: The BoJack Horseman Story, Chapter One', 'BoJack Hates the Troops', 'Prickly-Muffin', 'Zoës and Zeldas', 'Live Fast, Diane Nguyen', 'Our A-Story Is a 'D' Story', 'Say Anything', 'The Telescope', 'Horse Majeure', 'One Trick Pony', 'Downer Ending' and 'Later'.