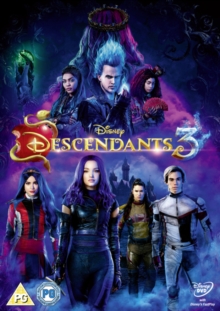 Kenny Ortega directs this fantasy adventure sequel following the teenage children of some of Disney's most notorious villains.

In this instalment, Mal (Dove Cameron), Evie (Sofia Carson), Carlos (Cameron Boyce) and Jay (Booboo Stewart) return to the Isle of the Lost to select four new recruits to join them at Auradon Prep.

Hades (Cheyenne Jackson), ruler of the underworld, uses the opportunity to escape, leading Mal to consider closing the barrier forever.

With the help of her friends, can Mal reverse the spell and restore order to the kingdom?