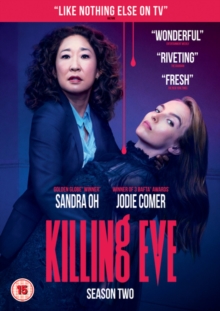 All eight episodes from the second season of the British drama in which two women find themselves tangled in a deadly web of obsession.

In this season, assassin Villanelle (Jodie Comer) goes off radar while recovering from her injury, MI6 are perplexed by new cases of assassinations and attempt to piece together the killer's identity and Eve (Sandra Oh) and Niko (Owen McDonnell)'s relationship is on the rocks.

The episodes are: 'Do You Know How to Dispose of a Body', 'Nice and Neat', 'The Hungry Caterpillar', 'Desperate Times', 'Smell Ya Later', 'I Hope You Like Missionary!', 'Wide Awake' and 'You're Mine'.