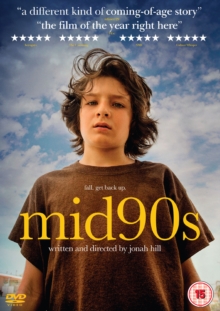 Jonah Hill makes his feature directorial debut with this downbeat coming-of-age drama set in Los Angeles during the 1990s. 13-year-old Stevie (Sunny Suljic) begins hanging out with a new group of friends by the skate shop.

As he makes his first steps in the world of skateboarding he also sustains a bad injury prompting his mother Dabney (Katherine Waterston) to warn him against socialising with his new friends.

However, life at home is troubled and Stevie continually gets beaten up by his older brother Ian (Lucas Hedges).

Going against his mother's wishes Stevie continues to hang out with his new skating friends and shares in their experiences as he begins learning about the difficulties of young manhood.